“EQ in the Mastering Process”

EQ is one of the big three, I guess you would call it, that we use in mastering. There is level control, compression, and equalization. Of course, we have many more other refinements at our disposal these days, especially in the digital domain. There are things that they have been invented today that you couldn’t even have dreamed of in the analog domain. When we go into the digital domain, there are a whole raft of equalizers available there.

At any rate, equalization is totally vital to mastering, and because of that we have about 7 or 8 different analog equalizers here at our fingertips. Having all that iron can sometimes take a digital recording that suffers from what we call “digititus,” too brittle, and then the iron and the tubes can add a lot of the so-called analog warmth to the sound, which is really helpful.

When you are equalizing, if it is possible to do subtractive EQ instead of adding EQ to the signal, that is preferable. For various psycho-acoustical reasons, it is less noticeable to the ear. Just eliminating some frequencies that have been piled up too thickly can seemingly open-up the sound of the entire track. It’s always good to keep that as your first option. You first question should be, is there anything I can subtract rather than add? A lot of times, the answer is no. In the case that something is dull, you can certainly add EQ, and that’s very common.

Most of the mastering projects we do are in the analog domain. We have superb digital-to-analog converters, and when we go into the analog domain we can use some of that Massive Passive iron and the tubes, the old Sontec equalizer, George Massenburg’s Mastering equalizer, or the PQ equalizer that SPL makes. And sometimes we use analog compression. There’s a bunch of things that we can do in the analog domain. It’s a very musical way to glue the mix together a little bit better than it was before we did our work.

While working in analog often beats digital, there are some engineers — people like Kevin Killen, Bob Clearmountain, and Michael Brauer — that what they do in the digital domain is so exactly what they want, that it’s not beneficial to go into the analog domain. It’s best to just master their mixes in the digital domain.

George’s MDW EQ works right out to the192kHz sampling rate. He has a very cool frequency enhancer circuit so when you click it, you can sweep through the spectrum and hear pretty much nothing but the area that you are sweeping through. You can really hone in on specific frequencies, it’s fantastic.

For instance, ironically, I am working right now on some electronic music, which is something I don’t normally do. And there is a passage that needs some noise reduction. When you do noise reduction, it’s a good idea to have a few seconds of the hiss that you will use to subtract from the signal. Unfortunately, in this track, there were a couple of tones that were in with the hiss. So, I took George’s MDW EQ and by using that sweep frequency option and I could literally find the exact frequency where these two tones lived, and then using it as a notch filter, I could effectively remove them. I had a Q of 25 on that — very, very sharp, much sharper than his analog equalizer or the others I had.

I was thus able to pre-EQ that little sample of the hiss with those two frequencies notched out, then I made the “template” foot-print file of the hiss and then restored the file with those two tones back in it. Then I used that de-hissing profile for the whole ten second passage. It worked like charm. It was really good. If I had left those two tones in there, the profile that the de-hisser would make wouldn’t be as valid and thus not work as beautifully.

That’s a perfect example of how I’m using the MDW EQ. Again, it’s a very high quality digital equalizer; very low noise. Some of the equalizers that come free with digital workstations are worth just that. They’re worth “free,” because some of them don’t sound very good at all, and are noisy. When you use them to equalize a certain frequency, you can show with a graph what it is doing, but when you listen with your ears, you say, “I’m only boosting the bass but the snare transients seem to have lessened quite a lot in the process.”

With George’s EQ it can leave the transients alone much better than many digital domain equalizers.

George’s equalizers are something I use everyday, either in the analog or digital domain. I can honestly say that his products, whether analog or digital, are workhorses for me and I’d be crying without them. 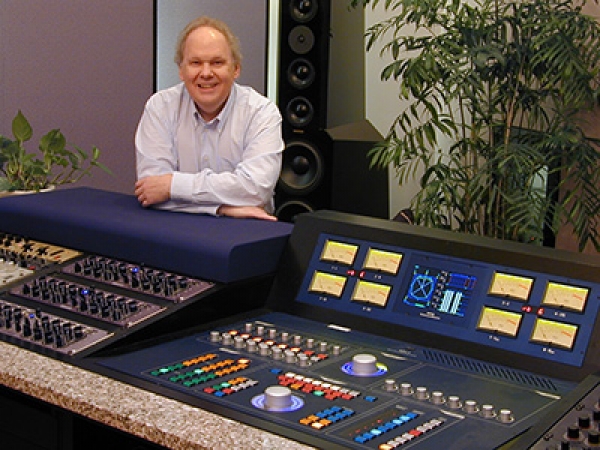 We use cookies on our website to give you the most relevant experience by remembering your preferences and repeat visits. By clicking “Accept”, you consent to the use of ALL the cookies.
Cookie SettingsAccept
Manage consent

This website uses cookies to improve your experience while you navigate through the website. Out of these, the cookies that are categorized as necessary are stored on your browser as they are essential for the working of basic functionalities of the website. We also use third-party cookies that help us analyze and understand how you use this website. These cookies will be stored in your browser only with your consent. You also have the option to opt-out of these cookies. But opting out of some of these cookies may affect your browsing experience.
Necessary Always Enabled
Necessary cookies are absolutely essential for the website to function properly. These cookies ensure basic functionalities and security features of the website, anonymously.
Functional
Functional cookies help to perform certain functionalities like sharing the content of the website on social media platforms, collect feedbacks, and other third-party features.
Performance
Performance cookies are used to understand and analyze the key performance indexes of the website which helps in delivering a better user experience for the visitors.
Analytics
Analytical cookies are used to understand how visitors interact with the website. These cookies help provide information on metrics the number of visitors, bounce rate, traffic source, etc.
Advertisement
Advertisement cookies are used to provide visitors with relevant ads and marketing campaigns. These cookies track visitors across websites and collect information to provide customized ads.
Others
Other uncategorized cookies are those that are being analyzed and have not been classified into a category as yet.
SAVE & ACCEPT